My Latest Work #10: Finally - One Down! I believe it was back in July that I decided to make amigurumis for my sister’s grandchildren. I began by asking them what their favorite animal was (and it didn’t have to be real – fantasy animals were fine). Even though I’ve done some amigurumi...

I believe it was back in July that I decided to make amigurumis for my sister’s grandchildren. I began by asking them what their favorite animal was (and it didn’t have to be real – fantasy animals were fine). Even though I’ve done some amigurumi designing, I wasn’t even going to try to come up with the variety these kids gave me – a green-eyed black cat, an owl, a German shepherd, and two dragons.

I found some really great patterns, bought the yarn, and was excited about starting. I chose the owl to begin with - 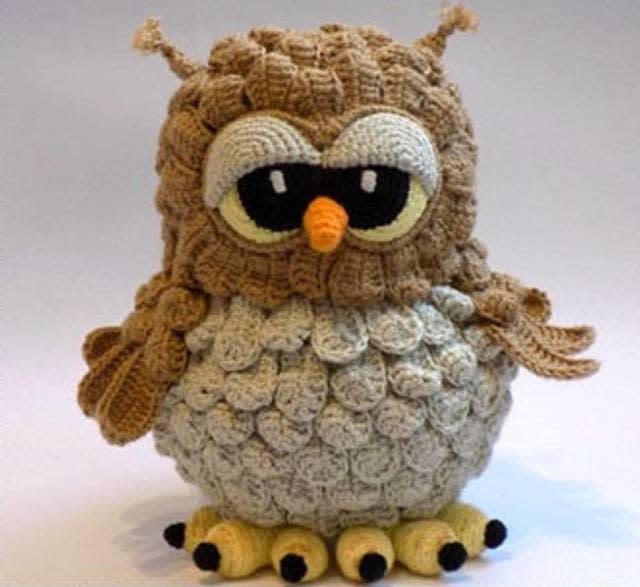 I think it was probably a good thing I started with the owl, while my energy and enthusiasm were at a good level. I’m happy with the outcome, but what a lot of work! 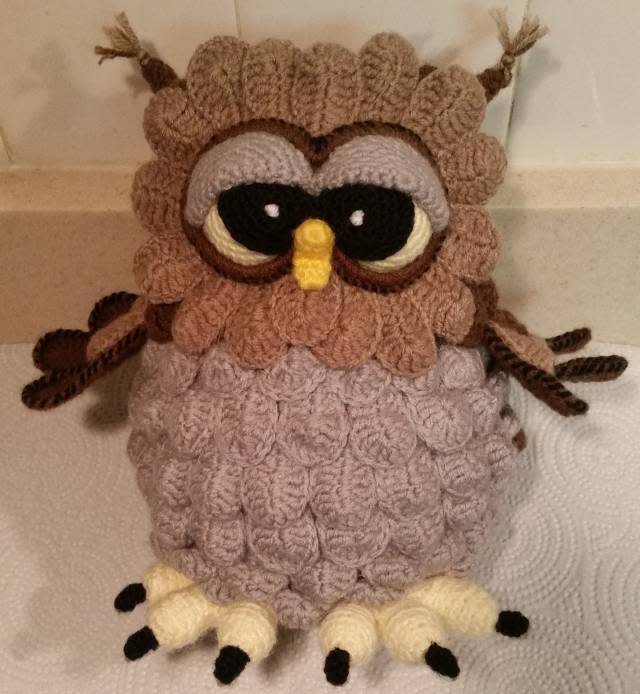 My version of the Toy Owl 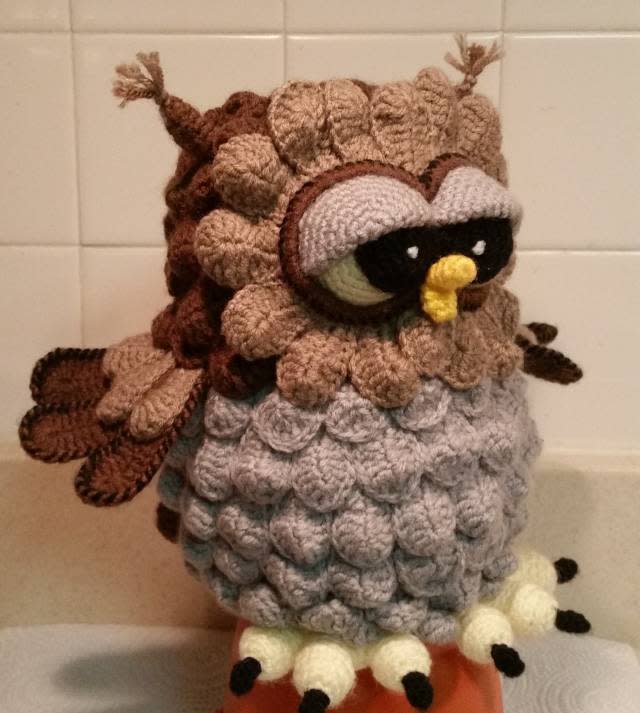 A side view of my version

The pattern, for the most part, was written pretty well. The designer had another person translate the pattern into English. There were a few mistakes, but nothing I couldn’t figure out. I would definitely consider this project for a very practiced intermediate or advanced crocheter. There were so many feathers to sew on! Then after I sewed them on – pretty much just at the top of each feather – I realized that I needed to go back and tack down the sides and tip so they wouldn’t keep flipping up, which made for a very disheveled looking bird. He didn’t have to be perfect, but I didn’t want him to look like he’d had a go-round with a windmill!

Then I found I had to reinforce the edges of the wing feathers because they were very floppy. If I wasn’t giving this to a seven-year-old, I’d have crocheted around wire for the edges, but I didn’t want to risk it. Whip-stitching the edges with brown and then black seems to have worked pretty good. And if that wasn’t enough extra work, I also needed to whipstitch the feathers around his face because I wanted them to stand out a little bit, not lay flat.

I’ve decided to do the black cat next. I do have an extremely bright craft light to help me along with this (no, I’m not that much of a masochist!), plus this cat doesn’t look nearly as complicated as the owl. As always, happy crocheting – and wish me luck!

View all parts of My Latest Work »